The route can be started from either of the two villages Cain or Poncebos. The 12 km that separate them are covered in approximately 3 or 4 hours in each direction.

The route follows the course of the river Cares, as it passes through the gorge of the same name, running between the towns of Poncebos (Asturias) and Caín (León). However, the real route begins at Posada de Valdeón, which would extend the route to 21 km. Traditionally it is the only communication between both towns during the winters of intense snowfalls. To channel part of its flow, between 1916 and 1921, the path was excavated in the rock and thus achieve its hydroelectric use in the Central de Camarmeña. The path that exists today, is thanks to the improvement made between 1942 and 1949.

The beauty of the landscapes on offer forces the walker to make frequent stops, sometimes longer than on other routes, thus increasing the time of the journey. If we choose to start the route from Asturian lands, we will start with a steep but short climb on the left side of the Cares River to Los Collaos, where we will descend until we find the path carved in the rock next to the channel.

From this point on, the path is practically flat, as we will only find a difference in level of 200 meters in 12 km of the route. After five kilometres, we arrive at the Culiembro sheepfold, from where the canal of the same name begins, which ascends towards the Ostón mountain passes. As the road progresses, it can be seen in some sections that the height with respect to the river increases, sometimes up to 800 meters above the river. The river is crossed on two occasions, first by the bridge of Bolin, where it takes place at a high altitude, and shortly after by the bridge of Los Rebecos. Finally, until we reach the Cain Dam, we will go through an area of tunnel dug into the rock, with a window, which is the narrowest part of the route. 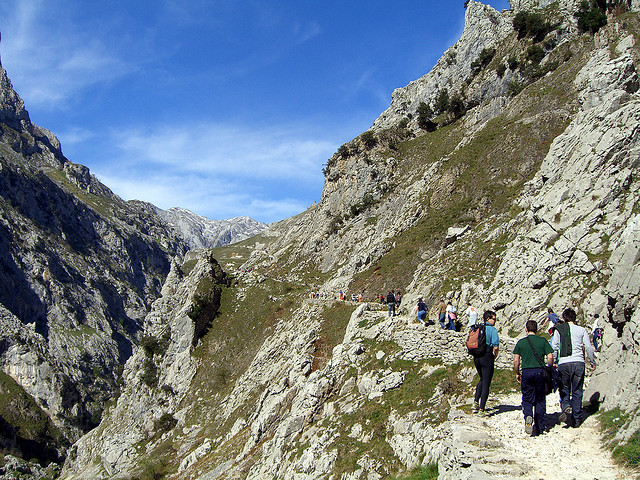 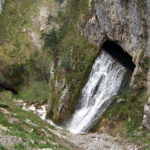